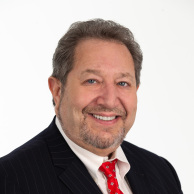 Individual Disability Insurance helps you protect your most valuable asset - your ability to work and earn an income. The following statistics will help you understand the need for disability insurance protection.

A disability can happen to anyone...at any time.

In the home a fatal injury occurs every 12 minutes and a disabling injury every 3 seconds.

There is a death caused by a motor vehicle crash every 12 minutes; there is a disabling injury every13 seconds.

- Millman, sponsored by Life and Health Insurance Foundation for Education (LIFE), "The Real Risk of Disability in the United States", 2007

43% of all people age 40 will have a long-term disability event prior to age 65.

51.2 million Americans have some level of disability. They represent 18% of the population.

The number of disabled workers in America has risen by 35% since 2000.

Almost 3 in 10 workers entering the workforce today will become disabled before retirement.

A new Harvard University report reveals that 62 percent of all personal bankruptcies filed in the U.S. in 2007 were due to an inability to pay for medical expenses.

Unfortunately, most Americans have little understanding of the likelihood of experiencing a disability:

the past five years.

In 2007, the median income of households that include any working-age people with

Over 50% of the workforce has no private pension coverage and a third have no retirement savings.

71% of American employees live from paycheck to paycheck.

Only 40% of adult Americans have separate emergency savings funds.

- National survey commissioned by the Consumer Federation of America (CFA) and carried out by Opinion Research Corporation, February 2007

More than 35% of workers with 401(k) or IRA plans have not thought about or don't know what would happen to their contributions if they were unable to earn an income for a period of time.

Illnesses generally cause disabilities, not accidents.

90% of disabilities are caused by illnesses.

Over 85% of disabling accidents and illnesses are not work related.

The majority of long term absences are actually due to illnesses, such as cancer and

For insured men and women in their prime working years (30-59), the medical

conditions causing the most disabilities are cardiovascular problems, musculoskeletal

One notable exception is the impact of pregnancy on female disability risk. Among

women ages 30-39, disabilities due to pregnancy (mostly complications of pregnancy)

are the most prominent claim type.

- Millman, sponsored by Life and Health Insurance Foundation for Education (LIFE), "The Real Risk of Disability in the United States", 2007

Stroke is a leading cause of serious long–term disability.

- Centers for Disease Control and Prevention, 2007

An average disability may last longer than you think.

The average duration of a long-term disability is 30 months.

Nearly 1 in 5 Americans will become disabled for 1 year or more before the age of 65.

Three out of 10 workers between the ages of 25 and 65 will experience an accident or keeps them out of work for 3 months or longer.

Indirect and direct costs of a disability take financial tolls on everyone.

One work-related disabling injury costs an employer on average $48,000.

Off-the-job injuries to workers cost the nation at least $253.3 billion and 225 million days of production time in 2008.

The average disability absence results in payments of $3,800, while lost productivity costs on average over $22,800.

In 2006, unscheduled absence cost some large employers an estimated $850,000 per year in direct payroll.

Disabling injuries and illnesses account for 55% of employee absences.

Common back-up plans to loss of income may not be an option.

Nearly three-fourths of disabling injuries in 2008 are not work related, and therefore not covered by workers' compensation.

Less than half - 35% - of the 2.8 million workers who applied for Social Security Disability Insurance (SSDI) benefits in 2009 were approved.

In 2007, the percentage of working-age people with disabilities receiving SSDI payments in the US was 17.1%.

Over 6.8 million workers are receiving SSDI benefits, almost half are under age 50. This represents only 13% of the over 51 million Americans classified as disabled.